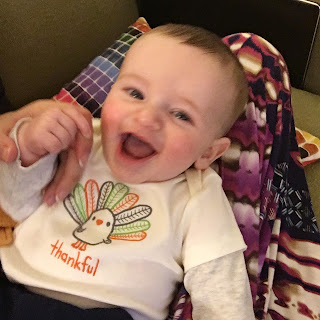 I have two children – a 25-month-old boy and a 4.5-month-old boy. This post was originally meant to be a three-month update on the little guy, but I didn’t get around to it, so enjoy this 4-month update! He’s just changing so fast that having only a newborn post and a six-month post didn’t feel like enough. 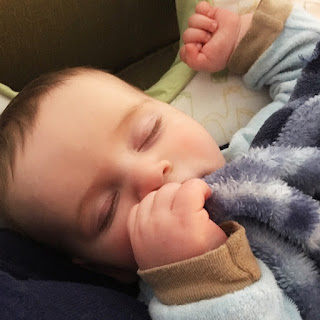 Surprises
I guess the biggest surprise is how different our first son is from our second son. Our first son was larger at this age – both in terms of height and weight – and also harder to please; he was more of a serious kid. Further, our first kid hated getting too hot (and would cry if you tried to put him in warmer clothes), was sick frequently with ear infections, and was not interested in cuddling most of the time. Bear on the other hand is all smiles. Even when he was feeling sick (he had a cold once), he was very mild mannered about the whole thing. Bear loves getting warm and snuggling – whether it’s fuzzy footie pajamas or cuddling with you and a toasty blanket – he is all about it. Our first son has rounded features – Bear has more of a pointy nose and chin. Our first son lost all of his hair around six weeks old; knock on wood, Bear hasn’t lost any of his hair. 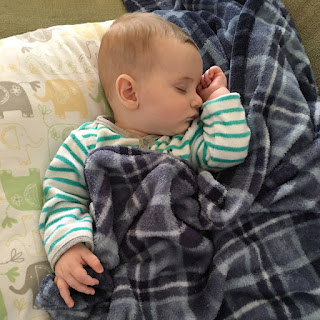 The Best Things
The best thing about Bear being part of our family is that life feels fuller. I was not feeling unhappy or incomplete before Bear – I love my children equally. However, comparing life now to life before Bear is like apples to oranges. Or rather, it’s like comparing a barrel of apples on one side, with a barrel of apples and an additional barrel of oranges on the other hand. Our first son is like the barrel of apples on each side of the equation – my love for him has not changed and I wouldn’t want anything to be different with him. But then the additional barrel of oranges is like having Bear join the party! It’s different and wonderful. I really do not know where to start in terms of expressing how thankful I feel for both of my children.
There are so many other good things to share that I do not know where to start! One thing I love is how loving our first son is with Bear. And for his part, Bear encourages this by basically having a baby-crush on his older brother – he smiles adoringly at our older son and coos at him whenever he is near. He just gets so excited to see his big brother! 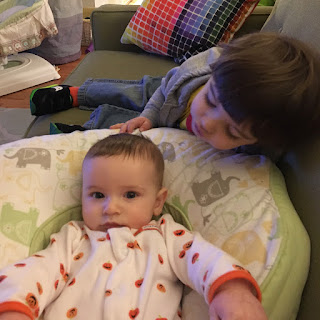 The Worst Things
Sometimes I feel guilty about the amount of attention I am paying to Bear – I wonder if our first son will feel left out. I do my best to try to include him and reach out to him. But on the other hand, Bear is younger and smaller than Max, and I feel strongly drawn to protect, nurture, and interact with Bear. Let me provide an example – our toddler was sick with a cold earlier this week. Normally, he loves to go over to Bear, touch Bear’s hands and chest, nuzzle him, and speak to him face-to-face (which ordinarily is heart-meltingly sweet). But because our toddler was sick, I rebuffed him and pushed him away, even though it made him cry due to the perceived unfairness. “My [brother's name]!” he protested. It made me sad to reject his displays of affection and see him so sad, but I really did not want baby Bear to catch his cold.
Another bad thing is how fragile all children are, especially during the first year. There are so many bad things that could happen to them, from SIDS to falls (from furniture, in the driveway, etc.) to a car accident... I really do not know how other people cope when something really bad happens to their child – it is the worst kind of pain I can imagine. It’s like the greatest joy in life – and I think right now is probably the most joyful time of my life – also comes with the greatest risk, because at any moment it could be taken away, and then you have the knowledge of how great it once was to haunt you. Earlier this year, we lost our beloved black-and-white pet cat unexpectedly – I was devastated – and what I learned from that experience is that you never, ever truly know what you have until you have to adjust to it being gone. 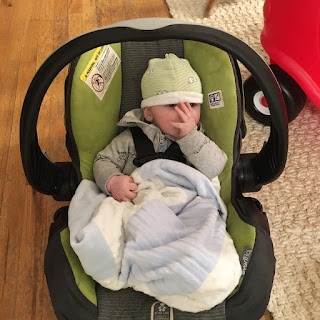 What I’m Doing Differently This Time Around
On a lighter note, Bear does not use a pacifier, even though our first son did (and still does). Instead, Bear sucks his thumb, his burp cloth, a blanket, his teether, my thumb… pretty much anything. Also, I’m exclusively breastfeeding right now (technically, it’s called “exclusively pumping” since we never did master latching). Our first son got a mix of formula and breastmilk. Breastfeeding / pumping is probably number three on my “worst things” list above. Every woman is different, but for me personally, breastfeeding has been ten times more difficult than being pregnant ever was. It is so time-consuming and I am frequently uncomfortable (during pumping, when engorged, when sore, when chaffed). The thought of breastfeeding a third child is almost enough to make me forget about having a third child entirely. I have stuck with breastfeeding Bear so far because I love Bear. Love: the greatest motivator of all.
Posted by Jessvii