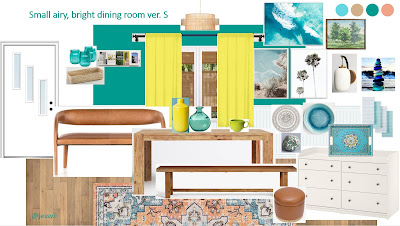 Sources for Version S:
Posted by Jessvii No comments:

*Note: This content is not created by me; it was the work of a consultant I paid.

Other colors and options available on this page

This is the wrap sweater I have even in the same size. However, because it is on Poshmark, it is not returnable.

A belted cardigan. And it has pockets!  This is mostly polyester versus wool (less temperature regulating).

Perhaps a good skirt for just hanging around the house

Or this skort might be another option – especially with kids around or sitting on the bed.

Comfy pants for home, conferences, or the labs. There are other options on this site as well.

They also have a full-length legging without a pocket. This is the same brand as the merino long sleeve tee.

Thought these might work for conferences, though not sure you’ll like the heel. These are the knit uppers. Different colors available, and other styles, too.

*Note: This content is not created by me; it was the work of a consultant I paid. 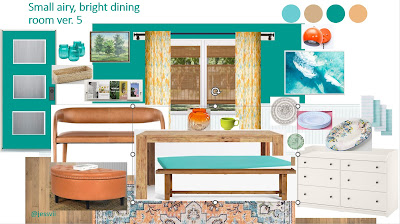 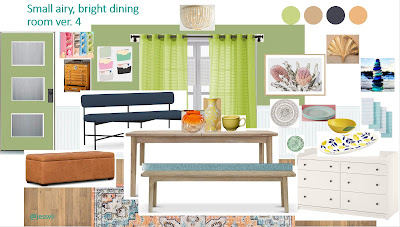 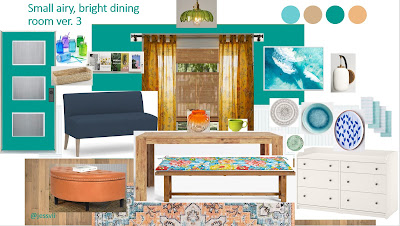 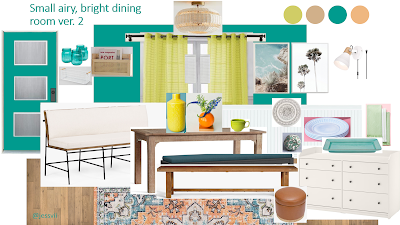 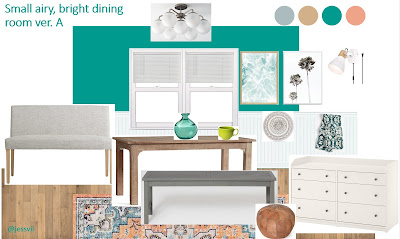 Sources for Version A:
Posted by Jessvii No comments:

The Bear at Age 7 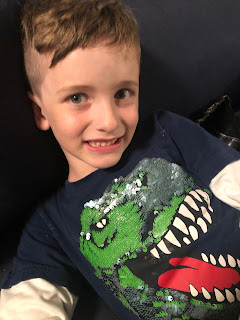 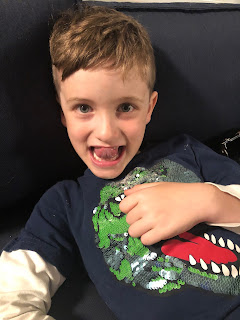 A. His Schedule – He likes to sleep in and stay up late. In the summer (a school-free and low-stress time), he's been going to bed at 9 p.m. (sometimes even later) and waking at 8:15 a.m., then leaving for camp at 8:30 a.m. He doesn't want to go to bed alone so he'll frequently try to convince his dad and that we should go to bed when he does.

C. His Personality – It's so hard to pin doesn his personality since he's a complicated guy. At heart, I think he's a good person, but he feels his emotions strongly, and sometimes his actions don't match his heart. He's funny, creative, motivated, and clever, but also defensive and skeptical.
D. His Favorite Things
E. Things He Does Not Like – He would rather lead than follow. So, I'd say "following" is disliked. I think he enjoys being a contrarian - he still dislikes pizza and chocolate. I think he knows that he's not catching on with regard to reading as much as his classmates (the school told us he seems to "be aware") and I think that bothers him deeply.
F. What He’s Thinking About – In his free time, when he's not deeply involved in his laptop or with the TV or XBox, he likes to think about buiding a Nerf base in our yard. It makes me sad to think that this will never become a reality for him - he's not going to be seven forever and eventually he'll grow out of this dream before we have the bandwidth and money to make it happen.
G. Surprises – It's somewhat surprising just how different each one of my kids' personalities is from the others. I would say that he gets along best with his older brother (SeriousKiddo) and gets along least well with his younger sister (Rosie). She says he's "so mean" to her, but really I think it's just that he wants to control her, and like any headstrong lady, she opposes this.
H. Best & Worst Things –
I. Family and Friends – I feel weirdly unmoored to this area at this point. Some of my closest friends have moved away. I spend less time with my folks than I used to. I love our street and our neighbors. But at the same time, I long for a larger house that I can customize (it's hard to justify customizing a rental, e.g. paying to have the rooms painted). I don't know how to get to feeling a stronger sense of community both for myself and my kids. Is moving the answer? Or do I just have to lean in a little more? I've leaned in plenty over the years, but people always wind up moving away or getting too busy just the same. There's a community pool that I could join that might help? But it's so very expensive. And I could join the PTA. But that just seems like a fundraising operation, and I have very little to give in the way of funds or time right now.
J. Parenting or What I’m Doing Differently – I would say that the older I get, the more chill I get as a parent. At this point, very little phases me. I'm also a lot less apologetic about making parenting choices that I believe are the best for my kids, even if those choices are inconvenient for other people.
K. Milestones – He's about to lose his first tooth. It's pretty darned jiggly. 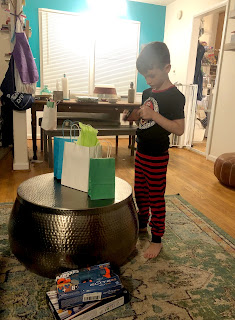 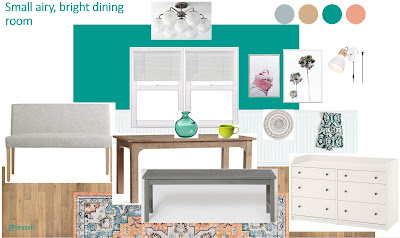 What I'm trying to do is show what I have now, and then do a bunch of different permutations. The challenge of this space is that it is really small. We're talking like 12' x 7'.

"The Chonker" at 19 Months Old 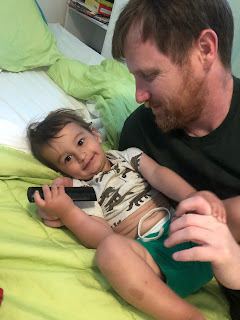 B. His Size – He's wearing size 24-month clothes and size 6 shoes (though he's almost outgrown them). Currently, he's wearing size 5 Pampers.
C. His Personality – He is a charming fellow. He's so friendly. He greets everything and everyone with a smile, unless he's feeling hot (which can happen in our climate in the humid summer). As long as he is well-fed and well-rested, he's very content to just hang out and try to emulate the big kids, including sitting at the bench for meals, sitting on the couch, and feeding himself. We continue to affectionately call him "the Chonker" because he's both very interested in food and pretty sporty - he's learned to say the word "ball" before many other words.
D. His Favorite Things
E. Things He Does Not Like – He does not like seeing his people leave (e.g. me leaving the house to head to the grocery store). He also does not like it when items are taken away from him, such as the broom (it is kind of like a sword from his perspective, I think). He also does not seem particularly fond of swimming pools.
F. What He’s Thinking About – I don't know he's thinking about, but he's frequently smiling, revealing an adorable dimple on only one cheek.
G. Surprises – I guess it never ceases to amaze me how different each one of our kids' personalities is from the others. They truly are unique.
H. Best & Worst Things –
I. Family and Friends – Right now, his social circle is basically our social circle. He has a couple of little cousins up north that are about his age - maybe they will be pals when they're older.
J. Parenting or What I’m Doing Differently – In general, I'm a more relaxed parent now than when we just had one or two, due in large part to having "been there and done that" and thus not being surprised or overwhelmed by new situations. I am trying to use the Lazy Genius system to focus in on what's important - this summer, to me that seems like nature hikes and going to the pool with my family.
K. Milestones – He started walking at the very end of April (so just over 16 months old) and now he can run.
Posted by Jess No comments: 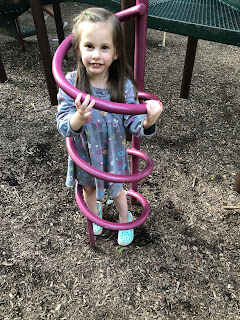 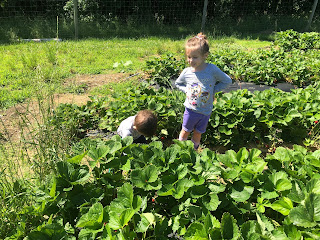 A. Her Schedule – She seems like an early bird and a party animal. She'll wake up as soon as she hears anyone else is up (approximately 6:30 a.m.) and she usually takes a nap at 2 p.m. and goes to bed at 8 p.m. with coercion. Left to her own devices, she'd never go to sleep.
B. Her Size – She's wearing size 6 clothing but it's a little big on her. She's wearing size 11 shoes and they're getting tight.
C. Her Personality – She is a pretty outgoing, friendly child, who loves taking care of younger kids like she's a mommy. Her biggest interests currently seem to be 1. babies, and 2. puppies.
D. Her Favorite Things
E. Things She Does Not Like – Bedtime. Foods that are not her favorite foods.
F. What She’s Thinking About – She loves spending time with her grandparents and her little brother. She also adores her oldest brother because he's nice to her and tolerant with her.
G. Surprises – I'm kind of surprised she likes blue, even though it's my favorite, because she's such a girlie girl. I'm also surprised she's not more into jewelry - if I give her some, she either breaks it immediately by being rough with it, or forgets about it.
H. Best & Worst Things –
I. Family and Friends – She is getting to be good friends with the neighbor's daughters. I wish I saw my friends with kids more often so that she could get closer to their kids too.
J. Parenting or What I’m Doing Differently – I'm really loving the home-based childcare provider we have. I'm getting pressured to move her into a group daycare center, but I've had many unpleasant experiences with those with my older children (stress and overcrowding).
K. Milestones – She's learning to ride a balance bike.
Posted by Jessvii No comments: