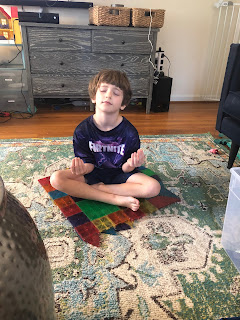 B. His Size – He's wearing a mix of size 6 and size 7 clothes and he's wearing size 1 shoes.
C. His Personality – He's an empathetic, energetic child who loves to party.
D. His Favorite Things
E. Things He Does Not Like – Weirdly, none of my kids like pizza. Chocolate. Feeling excluded.
F. What He’s Thinking About – I think he worries about how he stacks up to others, which may be partly because he and his brother are so close in age. I know it bugs him that his older brother can read chapter books while he's struggling with even short words.
G. Surprises – I guess I am surprised at how quiet and "boring" it is every time he has a one-on-one sleepover with his grandma.
H. Best & Worst Things –
I. Family and Friends – I'm sad that some of his closest friends have drifted apart from us, either due to busy schedules on their end, or to them moving.
J. Parenting or What I’m Doing Differently – There's only so much space in our schedule. I wish I had the time to read to him one-on-one on a nightly basis. If we do it a couple of times a week, that's a win.
K. Milestones – Seeing him write his name on everything is pretty cute. 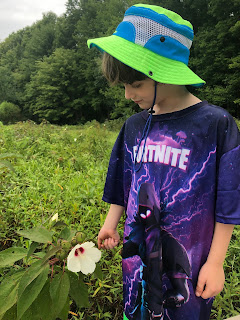