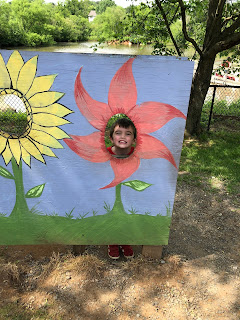 A. His Schedule – He wakes up earlier than anyone else and can invariably be found on the couch, frequently watching something on TV that he’s chosen himself (he can now operate the TV skillfully).

B. His Size – About average, I think.

C. His Personality – He’s a bit shy and seems to be prone to sit quietly, reading or watching a show. He told me he’s very much an “indoor person.” He’s willing to do art but he takes a long time doing things just right, so consequently, he very rarely finishes anything. He can get riled up if another child is encouraging him, but he does seem to tucker out before the other child does.


E. Things He Does Not Like – When his brother bothers him. Not winning, like at a boardgame or for a race. 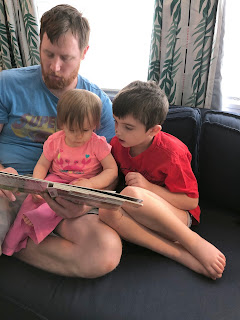 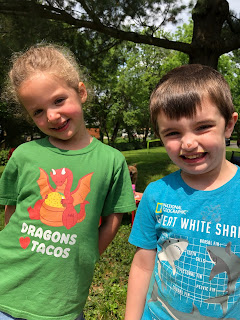 I. Family and Friends – My coworker says that as adults, you wind up becoming friends with your kid’s friends’ parents, and that becomes your social circle. I do try to keep him connected to the kids he’s chosen to become friends with, but it is difficult in this area due to distance, traffic, and work, not to mention our various moves (we moved homes, and he also switched daycares twice). Sadly, due to the crazy district lines in our area, most of kids at his current daycare will be going to a different elementary school than he will.

J. Parenting or What I’m Doing Differently – I’m trying hard to keep our home in order, which means encouraging the kids to keep their toys in one central location (the playroom) and to pick up their items every night or risk having their items be put in “time out.”