As I mentioned on Day 2, I am treating this as a 21-step process, rather than a 21-day process. Here is my original post with all of the steps laid out and the catchall infographic.

Day 3 is organizing the area under beds. There is nothing under my bed, and the shoes under the baby's crib are already tidy, so I tackled the troubled area under the guest bed / daybed. 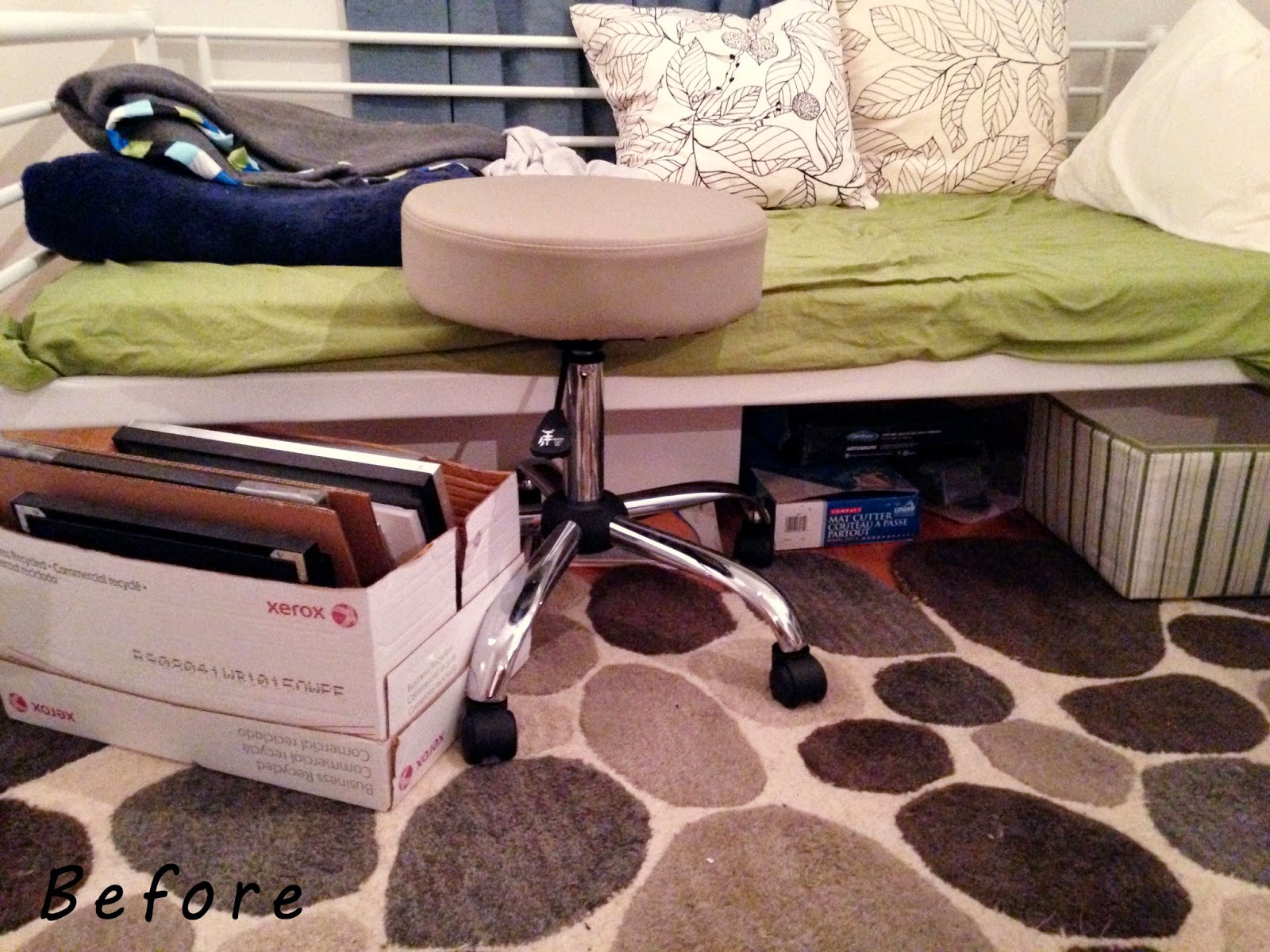 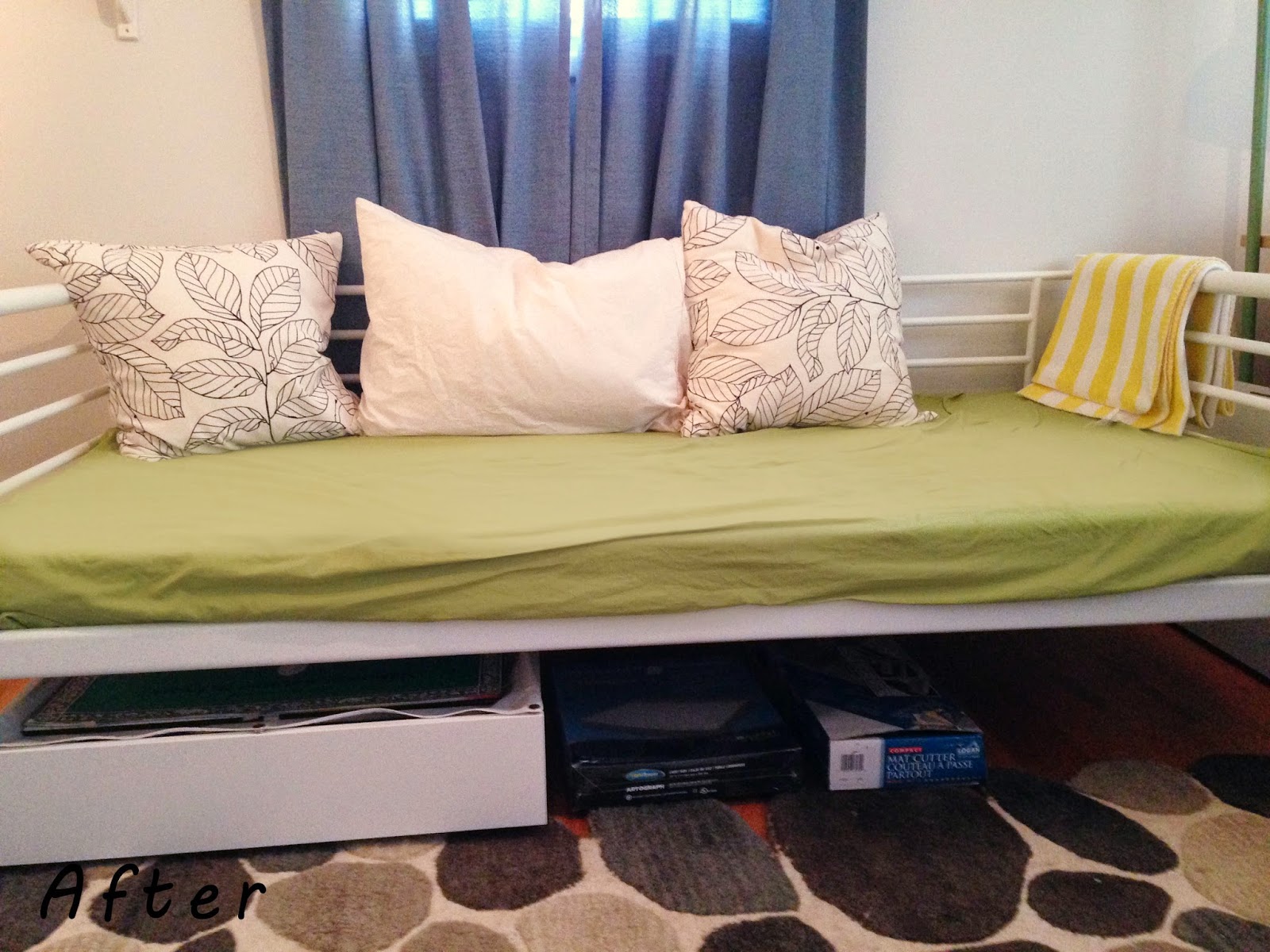 The Process...
I started with tidying the top of the bed. Then I removed everything that was under the bed and dusted the floor. I organized the contents inside the IKEA Vardo underbed storage box (which you can't see to appreciate). The green-and-white box contained magazine clippings. I was able to take photos of the clippings with my iPhone and upload them to my Pinterest account using the iPhone Pinterest app (available in the iTunes store). I was then able to discard the originals.

Photoshop Photo-Editing Steps...
Speaking of processes, here is how I got these photos online. I took a couple of shots with my iPhone, then I emailed the photos to myself. From there, I downloaded the photos onto my computer and opened them in Photoshop*. I created five layers... 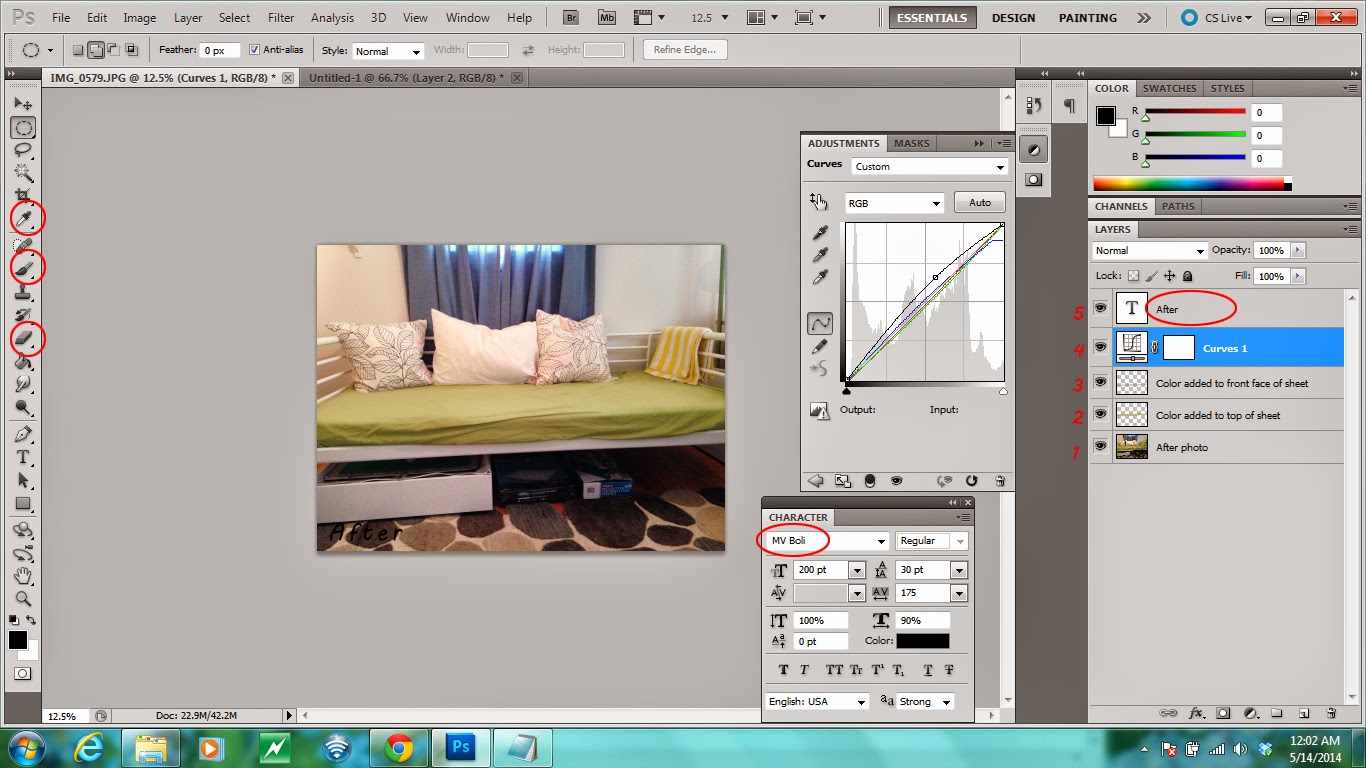 Photoshop Notes:
*I have Adobe Photoshop CS 5. I am currently avoiding the newest version of Photoshop, CS 6, because it is subscription-based and cloud-only. You own nothing and you would have to pay every year in order to keep using it, which in my opinion is outrageous for the casual user.
*A point (abbreviated "pt") is the unit of text measurement. 72 pts = 1 inch. For my example, my original image as imported from my iPhone was 3264 pixels wide by 2448 pixels high, which is a huge size. I therefore used text, brushes and erasers that were equally huge, but then saved my final image as a JPEG that was much smaller. I prefer to adjust my image's size when I am saving it as a JPEG rather than at the beginning, but you could resize your image first and then use smaller font and brushes during your editing process(es).
Posted by Jessvii