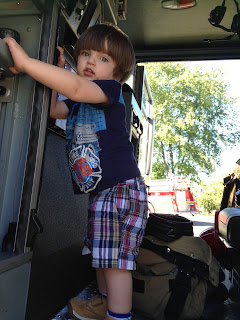 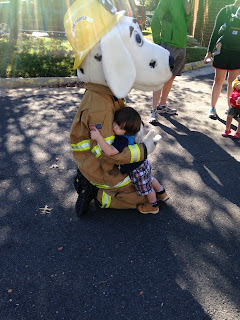 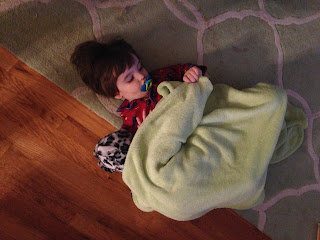 His Personality:  He’s not quite the cheerful kiddo he used to be. Maybe it’s that he’s entering the terrible twos? He’s very insistent when it comes to getting his way – someday his persistence will be an asset to him, but right now it can be annoying to his caregivers. I think he’s a very independent kid – he’s willing to go off by himself if you’re not watching him, and he’s willing to entertain himself by reading a book or playing with blocks.


Words:  He can say a lot of words now – too many to count. Some of the more unusual words he knows (for a toddler) are owl, key, and belt.


Family and Friends:  I’m surprised at how well the kiddo plays with our friends’ children despite the age gap (the kiddo is a couple of years younger than some of our friends’ children). I had thought that because of the size and maturity gap, the kiddo wouldn’t be able to, but he really is able to hang out and play with the other kids.

Parenting:  I wish I could say that parenting the kiddo is just as easy now as it was when he was 6 to 18 months old. However, in the last month or so he has gotten quite defiant. It can be very annoying. And if he’s challenged (i.e. if I tell him “no” or “don’t”) and he’s prevented from doing what he wants, then he cries. Aside from the power struggle I just described, it’s also sometimes frustrating to interact with the kiddo because he’d rather watch TV than read a book with me, and he almost never wants to cuddle. Why does it hurt so much to be told “no” by a toddler when all you want to do is hug him? He can also say “go away,” complete with a shooing-off hand motion.
Posted by Jessvii